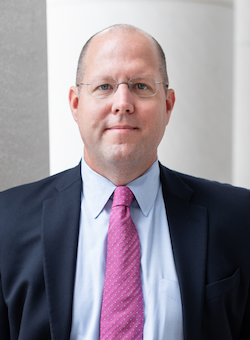 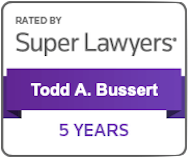 In December 2015, a federal jury sitting in Hartford returned a not guilty verdict in a case concerning Todd’s client’s alleged involvement in an arson-murder. As reported, Mr. Bussert’s client left the courthouse a free man, surrounded by his family. In July 2013, Todd secured a judgment of acquittal in a triple-murder prosecution.

For five years, before entering private practice, Todd worked as a sentencing advocate. In this capacity, he consulted on several hundred sentencing matters across the country, drafting sentencing reports/memoranda and developing community-based alternatives to incarceration. During this period, particularly working on federal criminal cases, Todd gained significant knowledge of the Bureau of Prisons (BOP), its policies and practices—knowledge used to advocate for placement and programming. Todd continues to consult with attorneys and their clients on federal sentencing and prison issues, assisting with sentencing mitigation and presentations, advising regarding location and program opportunities (e.g., RDAP, compassionate release, elderly home confinement, FIRST STEP Act), and drafting responses in administrative remedy appeals and, where necessary, litigating related claims. Additionally, beyond local and national media attention given to his cases, Todd is frequently called on to comment on federal sentencing and prison issues. Among other outlets, his comments and perspectives have been published in The New York Times, The Wall Street Journal and The Washington Post. Todd has also appeared on NBC 4 CT, CBS 3 CT, FOX CT and on CBC Radio.

In addition to local and national media attention given to his cases, Todd is frequently called on to comment on federal sentencing and prison issues. Among other outlets, his comments and perspectives have been published in The New York Times, The Wall Street Journal and The Washington Post. Todd has also appeared on NBC 4 CT, CBS 3 CT, FOX CT and on CBC Radio.

Contact Us
Practice Areas
Client Reviews
★★★★★
In 2016 I was wrongfully accused or very offenses I did not commit. After 3 years facing the matter with a public defender I hired attorney Bussert. From the start he was knowledgeable, responsive and aggressive in defending me in court. Before trial he successfully won arguments on what evidence could be presented and other constitutional matters. During trial attorney Bussert dismantled the complainants story via cross examination and effectively turned the prosecutions witnesses into our witnesses. I was facing a lengthy sentence on false charges but I was found not guilty now I can resume my life. I strongly recommend attorney Bussert and his team on any legal matter. Marc
★★★★★
Two years ago my son, a federal inmate, lost all his privileges for 6 years along with 6 months good time. We believe the severity of these sanctions was not deserved. We hired Todd Bussert who guided us through the lengthy process of appeals ultimately leading to filing a 2241 motion the end of July 2018. Two months later Mr. Bussert called to inform me that after reviewing the motion the government decided to drop the case and completely expunge it from my sons record. He got all his privileges back, along with the 6 months good time. This was the best possible outcome and exceeded our expectations. After 2 years I finally got to speak to my son and look forward to visiting him soon. This would not have been the case without the experience and expertise of Todd Bussert. Arlene
★★★★★
Todd was recommended to us by an attorney -- in itself a highly positive statement about Todd's qualifications. Todd helped us obtain a very successful outcome in a federal criminal case. He was very knowledgeable, very competent and responded quickly to questions. It was a true comfort having him on our side and I absolutely recommend him. John
★★★★★
I was fortunate enough to have Mr. Bussert as one of my defense attorneys when I went to trial. He never gave up no matter how may challenges we faced. He has an incredible ambitious passion for what he is hired to do. The team he had working with him was impeccable and resilant in achieving getting me home to my family. I am very grateful for having Mr. Bussert on my side when it was needed. Steve
View More
Submit a Law Firm Client Review